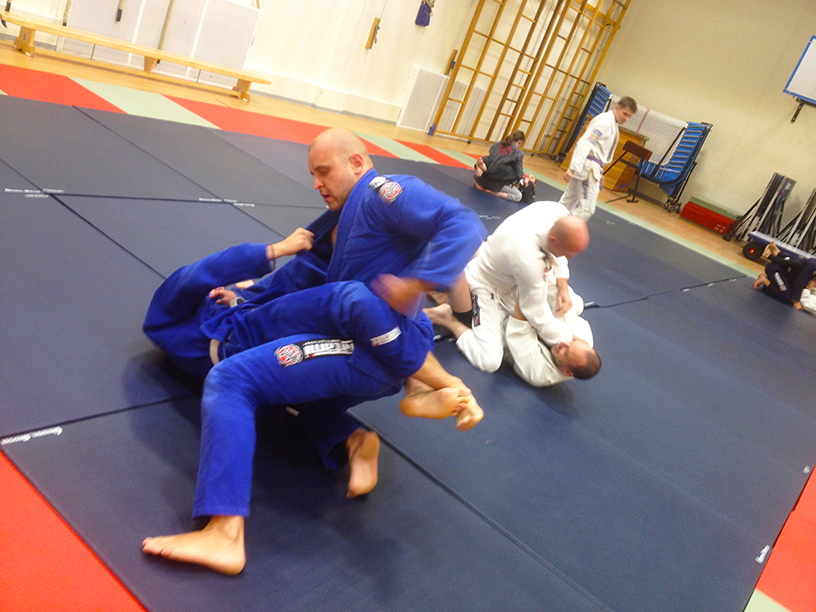 Brazilian Jiu-Jitsu also known as BJJ is one of the most popular and fastest growing martial arts in the world. Fantastically effective for hand to hand combat and self defence, It's similar to a mix of Judo and Wrestling and relies on technique and leverage rather than strength and brute force.

it's one of the most effective, well proven and well respected martial arts for person to person combat on the planet. Tried and tested, its effectiveness has been proven in the UFC Ultimate Fighting Championships and its a highly popular art for use in MMA Mixed Martial Arts.

It has a heavy focus on grappling, joint locks, choke submissions etc and especially ground fighting as this is where most fights end up!

Email for booking Visit us online